Just wanted to highlight an interview with our showcase author, Brian Bennudriti appearing in ‘First Saturday Sci-Fi’ by Tegan Maus, author of The Chronicles Of Tucker Littlefield series by Tirgearr Publishing.

Tegon: “What do you think makes for good Sci-Fi ?”

Brian: “Dialogue makes or breaks any book for me. The slickest concepts, the best setup and background, even an interesting hook in the first few pages – that’s all target practice if the people speaking sound like they’re telling me the plot. I can close a book two pages in if it’s hollow and obvious conversation. On the flip side, somebody like Nick Hornby can make the words pop (I know, not sci-fi, let me make my point). RA Lafferty and Neil Gaiman come to mind, although I pay close attention to Joss Whedon and Kevin Smith’s comics as a model to follow for dialogue. Humor’s okay, even in tense situations when characters are supposed to be afraid because that’s real. If you ask people their favorite bits in movies or books, more often it’s the softer character interactions than blow-out battle scenes.

“I also very much appreciate a strong, innovative, but simple concept. Asimov’s Foundation series, and Clarke’s Rendezvous With Rama and ’Foundations Of Paradise, are standard-bearers for this. I’m just spit balling here, let’s look at the kind of one-liner punch I’m talking about.

“Greg Bear’s Blood Music: The fellow that created self-aware biological cells injects them into himself.

“Barrington Bayley’s The Fall Of Chronopolis: An empire that spans across time rather than space is besieged by a mysterious enemy from frontiers in its future.

“Of course there’s much more to a classic than a blow-out idea; but something just feels right if I’m trolling an old bookstore or library or surfing Amazon and see a one-liner concept that makes me stop and scratch my chin. I live for that. It begs questions; and I want to see what they do with that idea…see where it goes. That’s the whole reason I read science fiction, to feel my mind stretched and to be inspired!”

Read the full interview and catch some exciting updates on his work at:

And maybe go try this one by Tegon, available at Amazon. 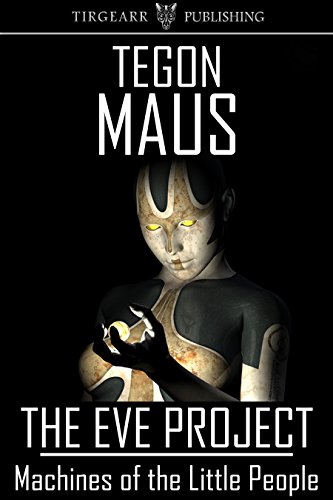